Endometriosis is a gynaecological condition in which the endometrial cells (lining cells) of the uterus (womb) grow in places outside the uterus. It affects about 10% of women, and its effects can be debilitating.

Endometriosis is most commonly found on or in the ovaries and on the peritoneum (the internal lining of the abdomen) particularly on the utero-sacral ligaments which support the uterus. Women may also have endometrial cells growing in more distant areas of the body.

Endometriosis is a condition which often runs in families and frequently has a tendency to grow back later, even in someone who has been effectively treated. It usually becomes less active in menopause.

The Ultrasound Care doctors are all qualified obstetricians and are experts in the diagnosis and assessment of endometriosis in women.

Who is at risk of Endometriosis?

It is more common in women who: 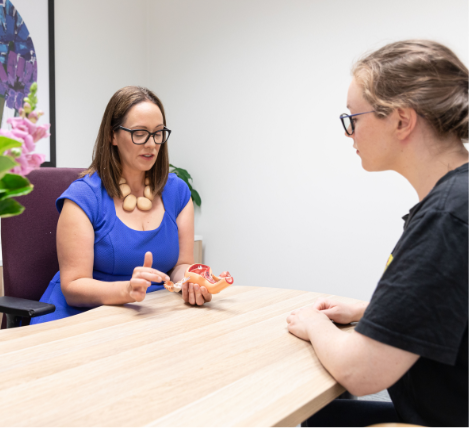 What are the symptoms of endometriosis?

Endometriosis can cause a wide range of symptoms, however most women will only experience one or, at the most – a few of the possible symptoms. Some women will experience no symptoms at all.

The common symptom of endometriosis is pain, usually lower abdominal pain. The pain is commonly experienced with periods, but it may also be felt at other times, such as just prior to a period and during ovulation.

Pain may also be felt:

Infertility, heavy, or irregular periods, and bleeding from the bowel may also be associated with endometriosis.

One of the common ways that endometriosis is thought to develop is because of ‘retrograde menstruation’.

During the normal menstrual cycle, the endometrial cells which form the lining of the uterus first grow and are then shed with the menstrual blood (period).

While most of this blood is lost through the vagina, some may flow back through the fallopian tubes into the abdomen (retrograde menstruation). In this way some endometrial cells may be deposited onto the peritoneum, ovary or bowel.

These new cells may then multiply and because they are under the influence of the same hormones, undergo the same cycle of growth as the endometrial cells lining the uterus. When this displaced tissue bleeds, the adjacent areas become sticky and may adhere to surrounding organs such as the bowel or ovary. 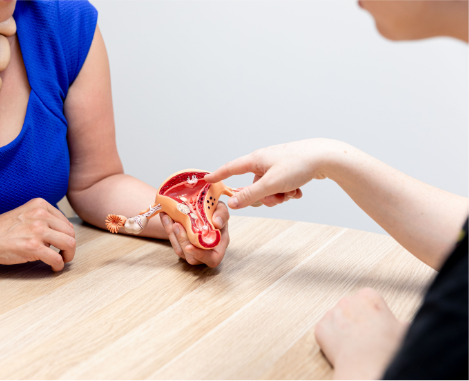 These adhesions may sometimes be a cause of pain and may lead to infertility. When endometrial cells grow into the ovary this bleeding may lead to the formation of cysts containing blood and cells which have broken down (chocolate cysts).

How is endometriosis diagnosed?

Many women experience symptoms of endometriosis for a considerable period of time before a diagnosis is made. This is because endometriosis produces symptoms which are similar to those produced by many other conditions, for example, pelvic infections and ovarian cysts.

Transvaginal ultrasound can detect endometriotic cysts on the ovaries. They are called endometriomas. 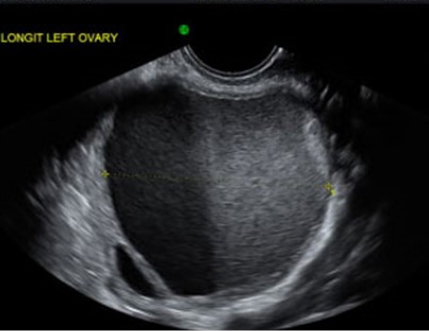 The very best scan for endometriosis is much more detailed than the average ultrasound scan. During your scan, the Ultrasound Care team will try to diagnose the location and size of every endometriotic lesion which will assist in the planning of your surgical treatment.

Once we have finished your scan, the results are given to your referring doctor who can then arrange for the most appropriate gynaecological laparoscopists and colorectal surgeons so that you get the best outcome from your surgery. 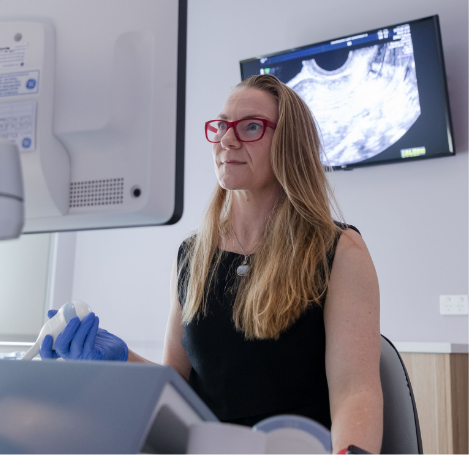 What happens at the ultrasound examination?

The ultrasound examination consists of:

How do we optimise visualisation of deep infiltrating endometriosis?

Ultrasound Care uses the most modern ultrasound machines. In addition, all our sonographers and doctors are trained in the signs of endometriosis and the special techniques which help us see it.

To help in seeing endometriosis around the vagina, we can use a technique called sonovaginography. For this technique, the sonographer places extra ultrasound gel in the top of the vagina and in the transducer cover. This allows clearer images of the top of the vagina and behind the cervix. We also need the rectum and sigmoid colon to be free of faeces and gas. This is achieved by taking two Dulcolax tablets the evening before the ultrasound scan and a Microlette enema one hour before the scan. These can be purchased from a pharmacy and our care team will advise you of this when you make your scan appointment.

How else is endometriosis seen?

Endometriomas can also be seen and treated via laparoscopy. Laparoscopy is a surgical procedure in which a small telescope-like instrument known as a laparoscope, is inserted into the abdomen through a small cut just below the navel and/or along the pubic hairline. With the laparoscope the gynaecologist is able to see all the organs of the pelvis including the uterus, the ovaries, the tubes, the lower bowel and the peritoneum of the pelvis.

Laparoscopy is very good at seeing small deposits of endometriosis inside the abdomen where they appear as red or black spots on the surfaces of the pelvic organs and in the pouch of Douglas.

Sometimes endometriosis is found incidentally when a woman has surgery for other reasons e.g., an appendicectomy.

What treatments are available for endometriosis?

The type of treatment used to treat endometriosis will depend on many factors including your age, whether you want to have children in the future, the severity of your symptoms, the extent of the disease (including how various organs are affected) and the treatment approach preferred by you and your doctor.

The methods of endometriosis treatment available include: 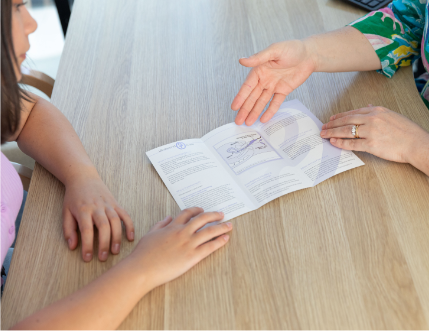 Many women with endometriosis are treated with hormones in the first instance. The aim of using hormones is to suppress the menstrual cycle and to inhibit the activity and growth of the patches of endometriosis.

There are three main types of hormones. The first group is the progestogens which act on the ovaries and directly on the endometriosis, for example Provera, Depo-Provera, Primolut N, Duphaston and Dimetriose. The second group of hormones suppresses the menstrual cycle at the level of the controlling centre in the brain. These include the GnRH analogues (GnRH = gonadotrophin releasing hormone), Zoladex and Synarll. The third group of hormones includes Danazol which switches off the control centre and directly suppresses the endometriosis tissue. These hormones usually stop the periods and greatly reduce symptoms. The hormones are usually taken for six months, but the progestogens may be taken for much longer. These drugs may have side-effects which range from mild to quite severe. Your primary care doctor will discuss possible side-effects with you.
Surgical treatment

‘Conservative surgery’ is used to try to restore the function of any damaged organs, to reduce symptoms and to improve fertility.

It involves removing as much of the endometriosis, scar tissue and adhesions as is possible. More extensive surgery may involve removing the uterus both ovaries and tubes.

How do I arrange for a pelvic ultrasound?

A comprehensive pelvic ultrasound looking for deep infiltrating endometriosis (DIE) will make sure that you and your gynaecologist make the right decisions about your treatment. Please arrange for a referral from your doctor and call the Ultrasound Care practice nearest to you to arrange for an appointment.